Everybodyody wants to earn online money with short tricks but in my opinion is not’s possible to earn online without any skills. So I’m going to share some Best freelancing websites for beginners, If you have the skills you can earn money online by doing Freelancing.

Following are some skills that you can learn and provide services on Freelancing Platforms:

Whether you’re looking for the well-paid, Best Freelance Jobs, or just to get freelance work on the side that can help pad your savings or pay the bills, then you’ve come to the right place.

No matter if it’s more bills than usual coming down the pike, your boss getting progressively worse, or if you’re just tired of your full-time gig, I’ve got your back with these Best freelance jobs websites.

I’m Hamza Hashim and today I’m going to share with you Best Freelancing Websites for Beginners to start your online career.

It is one of the best freelancing platforms and even I started my career from Fiverr. Fiverr was founded by Micha Kaufman and Shai Wininger, and was launched in February 2010.

The founders came up with the concept of a marketplace that would provide a two-sided platform for people to buy and sell a variety of digital services typically offered by freelance contractors. Services offered on the site include writing, translation, graphic design, video editing, and programming.

Fiverr’s services start at US$5 and can go up to thousands of dollars with Gig Extras. Each service offered is called a “Gig”. It is the Best Freelancing Website for Beginners.

Elance was founded in 1999 by Beerud Sheth, Srini Anumolu, and Sanjay Noronha. oDesk was founded in 2003 by Odysseas Tsatalos and Stratis Karamanlakis. Upwork was formed 18 months after and oDesk announced their merger on December 18, 2013, to create Elance-oDesk.

With the launch of Upwork, the oDesk platform was upgraded and rebranded and the company announced that the Elance platform would be phased out within a couple of years, resulting in a single freelance marketplace. Fiverr and Upwork is the Best Freelancing Websites for Beginners.

PPH and Fiverr are the best freelance websites for beginners. PPH Founded in 2007 by Xenios Thrasyvoulou and Simos Kitiris the company has offices in London and Athens. Businesses opting to use the website are often start-ups or SMEs looking to grow flexibly by hiring freelancers to handle projects rather than hiring in-house or via agencies.

Jobs start from little as an hour (“Offers”) and can be ramped up as needed to build whole teams online, meaning the model is scalable all the way up to global enterprises.

As the leading marketplace for freelance talent in the UK, PeoplePerHour holds a powerful insight into the self-employed segment of the labor market and have created and collaborated on numerous research projects on SMEs, freelancing, and the gig economy and provide resources for new and growing businesses and those looking to pursue a freelance career.

Fivesquid was originally launched in 2011. Following its release, Theo Paphitisselected the company as a start-up company to watch as part of his Small Business Sunday competition.

Since the launch of the website in 2011, it has been recognized by the media for some of the services people sell. Service sellers have also included celebrity Kitty Brucknell, who previously performed on the UK version of The X Factor, offered to send you a voicemail for £5.

After the website had been established a number of years, some began to question the services available on the site. One example used by the London Standard was services that could manipulate social media popularity Others around the same time stated that many of the service providers are simply out to make extra revenue on top of their main income stream.

Guru Inc. was founded in 1999 in San Francisco as an online clearinghouse for high tech workers seeking short-term contracts. The company, led by brothers Jon and James Slavet, raised $3M in angel funding and a further $16M in a full venture round led by Greylock Partners and August Capital] In a May 2000 interview,

Paul Saffo cited Guru.com as an example of a company using the Internet to provide new kinds of services where individuals negotiated directly with potential employers.

The company was acquired in December 2002 by Unicru, a human resources software company based in Portland, Oregon. Guru’s technology and staff remained with Unicru.

Freelancer is a marketplace where employers and employees are able to find each other. The site allows employers to post work for site members while bidding on in a competitive tender process. The site also allows members to host and enter contests for which prize money is offered as a reward.

Freelancers and employers develop profiles on the site as they offer, win, and complete work and write and receive reviews of people they work with or for.

The site’s members receive a finite number of bids to use on the site, which are periodically replenished. A series of account options are offered, ranging from free accounts through to professional subscriptions.

There is another website called Airtasker. Where you can outsource your work if you don’t have time or you can also hire anyone for your work.

Airtasker.com is an online platform and mobile app allowing consumers to outsource their tasks to other everyday Australians who are looking to earn some extra cash. The type of jobs you can get done on Airtasker range from complicated to simple, such as home cleaning, handyman jobs, admin work, graphic design or even puppy mind.

How do workers get paid?

Users who wish to hire someone using Airtasker must add their credit card details through the site.  When a task is completed, the worker can request payment via the Airtasker website or app. Airtasker will then charge the user’s credit card for the agreed task amount and pay the worker.

How much does it cost?

Airtasker takes a 30% service fee out of the agreed and accepted task price. For example, if a task is successfully completed with an agreed task price of $100, Airtasker charges $30 and the worker will receive $70.There are no fees to post a job and hire a worker, or to sign up as a worker and post bids. Their last published financials reveal they made $11.4 in revenue and lost $24m.

So what are you waiting for now? Just learn any skill which you are passionate about and start your career on one of the above freelancing websites. You can learn any skill from Google or Youtube. Otherway are paid courses that you can watch on Udemy. 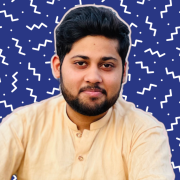 Things you Need to know About Google’s Core Updates